The Tibor de Nagy Gallery is pleased to present an exhibition of paintings and works on paper by Patricia Broderick. The exhibition will present an overview of the artist’s work from her last decade, many of them psychologically charged depictions of solitary figures.

The works are highly personal and often involve memories of family, friends and important events in her life. Others depict figures looking out windows, or looking into a distant landscape. She also painted landscapes of Ireland where she and her husband owned a house, and where the family spent a good deal of time over the years.

Broderick was a painter and writer who was raised on the Upper East Side but became at an early age a devotee of the village, where she lived on Washington Square Park for much of her life. She started painting in her teens under the tutelage of Mexican artist Rufino Tamayo and Vaclav Vytiacil, and later at the Art Student’s League. In the1940s she made several extended trips to Mexico where she attended Instituto Allende, San Miguel de Allende, and later studied and lived for a year with Tamayo and his wife Olga.

Broderick’s work was exhibited over the years in several galleries in New York and across the country. Recent exhibitions include a show in 2006 at Tibor de Nagy Gallery, a 2002 solo exhibition at Art Resources Transfer, and a two-person show in 2002 with John Wesley, her companion. 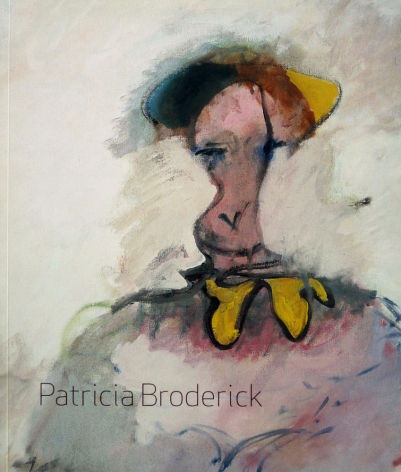