The Tibor de Nagy Gallery is pleased to present a selection of paintings and works on paper by the celebrated California artist whose work was pivotal in bringing international attention to American abstract art following World War II.

The exhibition will comprise nineteen works on paper and two paintings on canvas, drawn primarily from Francis’s 1960s “Edge” paintings, a series for which he is widely known. Also included within the group will be examples of works from the 1950s and the 1970s. In his Edge series, the artist made his mark stylistically by pushing his vivid colors to the edges of his compositions while introducing spaces of white in the centers.

The artist’s vibrant use of color throughout his career had its roots in his early years living on the West Coast. Influenced by color-field artists such as Clyfford Still and Mark Rothko, Francis employed an intense and varied palette to express feeling and explore the spaces within his compositions. He famously said, “Color is the real substance for me, the real underlying thing which drawing and line are not.” Francis also spent periods of time living in Europe and Japan, experiences which were to play significant roles in shaping his artistic technique, deeply influencing his life and his work. 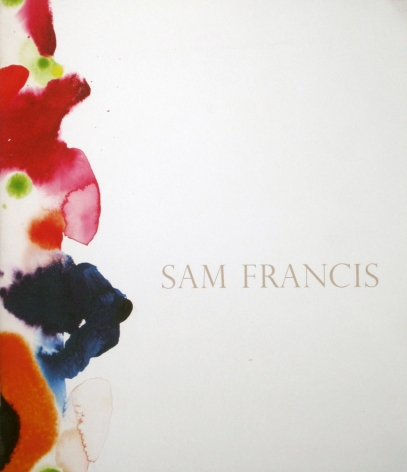