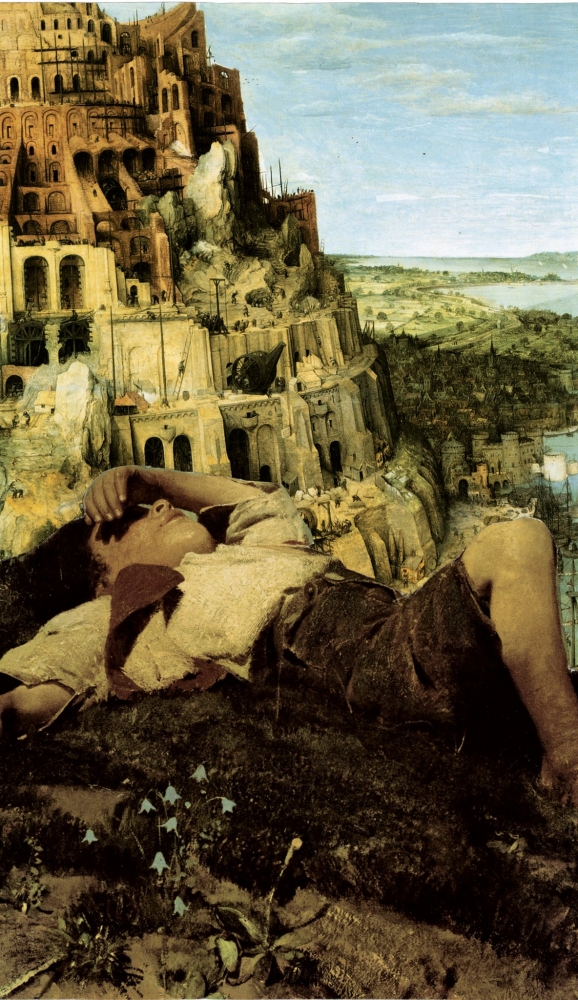 By  Gregory Cowles    April 6, 2018The poet John Ashbery, who died in September at the age of 90, cultivated a spirit of impish collision in his work — sometimes building whole poems (known as centos) out of other people’s lines, other times incorporating fragments of found language or swerving suddenly to a new topic in a spasm of surreal free association. The resulting poems were like high-performance cars assembled from junkyard parts, or runway fashions with the stitches intentionally showing. They were, essentially, collages.

So it felt fitting for the world to find out, late in his life, that Ashbery had for decades devoted himself to making visual collages as well, starting as a student at Harvard in the 1940s and culminating in gallery shows in his last decade. Some of these works have now been paired with poems and collected in a new book, THEY KNEW WHAT THEY WANTED: Poems & Collages (Rizzoli Electa, $35), edited by Mark Polizzotti.

Ashbery’s images demonstrate the same sense of gleeful mischief that’s everywhere in his poetry, mixing fine art with advertising and comic strips and picture postcards, all of it married with the artist’s sure eye for color and mood and perspective. The result is an entire oeuvre of fantasy landscapes, such as the one in “Promontory,” pictured here, from 2010.

“I’m firmly eclectic in these and in most things,” Ashbery told the poet John Yau once, in an interview included at the front of the book (itself aptly pasted together from various conversations over 10 years). At the end of that interview, Yau said to Ashbery, “In a number of your recent collages, it’s like you are about to undertake a journey or begin a dream.”

Ashbery’s reply: “That’s how I feel much of the time.”