The Tibor de Nagy Gallery is pleased to present a selection of photomontages from the late 1960s to the present. It marks the artist’s second solo exhibition with the gallery.

The exhibition will join together a group of photographic collages, many using old polaroid photographs. The works are often richly imbued with the art historical references for which O’Reilly displays a loving fascination. Using razor blades, paper clips, glue, the artist intricately collages photographs and found materials to create intimate worlds that daringly intertwine Italian Renaissance masters such as Caravaggio with pornographic imagery. Included in the show is a series of works that started in 1968 and continued into the 1970s, where casein serves as a rich background for the collaged photographs.

John O’Reilly (b. 1930) was born in suburban New Jersey, though he has spent most of his life living and working in Massachusetts. Although for many years he only shared his work with close friends, his momentous inclusion in the 1995 Whitney Biennial has brought success and increasing critical praise to his endlessly inventive compositions. In recent years his work was included in the Museum of Modern Art’s exhibition “The Printed Picture” (2008) as well as “In the Studio: Photographs” at the Gagosian Gallery earlier this year. 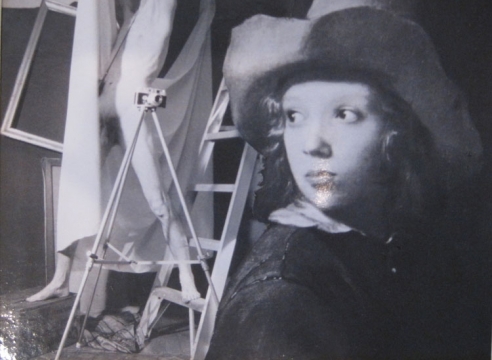