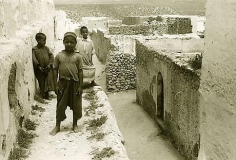 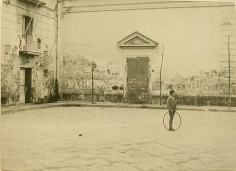 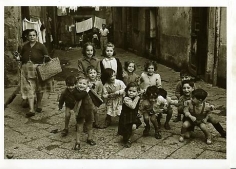 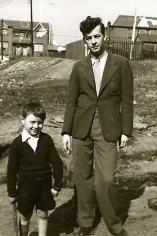 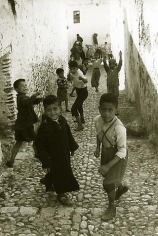 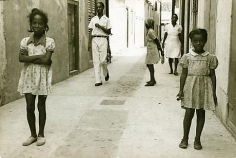 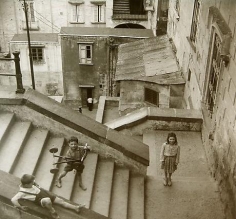 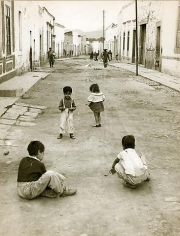 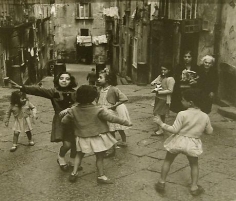 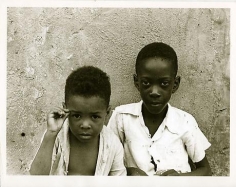 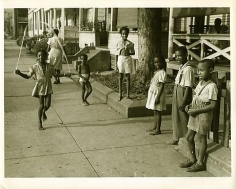 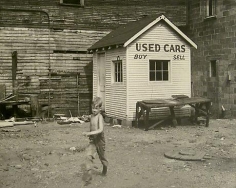 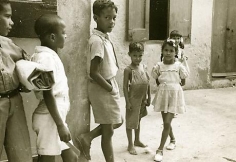 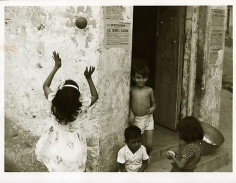 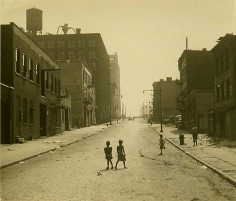 The Tibor de Nagy Gallery is pleased to present a selection of Rudy Burckhardt photographs depicting children from around the world, taken during his travels from the 1940s through the 1950s. Exploring locales as close as Queens, New York and the American South, and as far-flung as Haiti, Curaçao, Mexico, Italy, Spain, and Morocco, the artist delighted in engaging children in his photographic compositions. Finding that they were often the most willing and joyful subjects, he once described his experience in Italy:

"When you walk through those narrow streets with a camera, children come running, women hold up their babies and girls give you their best smiles. ‘Take a picture.’ ‘Take a picture of my baby.’ It’s like you’re giving them something. What a delight for a photographer!"

Burckhardt’s work was the subject of the 2005 exhibition: Rudy Burckhardt-New York Moments, Photographs and Films, shown at the Kunstmuseum in Basel, Switzerland. Burckhardt’s photographs also were the subject of a 2002 exhibition at the Museum of Modern Art, An Afternoon in Astoria. His work has been included in a number of museum exhibitions including the Metropolitan Museum of Art’s New York, New York: Photographs from the Collection, and the Centre Pompidou’s exhibition Les Annees Pop 1956-68. A documentary Man in the Woods: The Art of Rudy Burckhardt, directed by Vivien Bittencourt and Vincent Katz (produced by Checkerboard Film Foundation) was released in 2003. 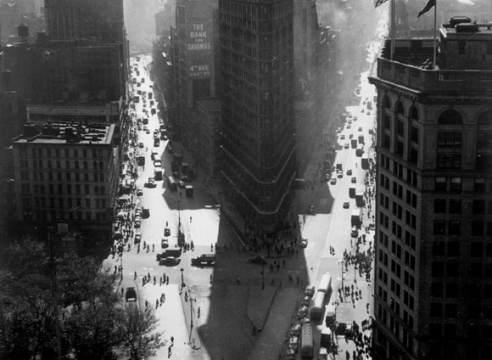 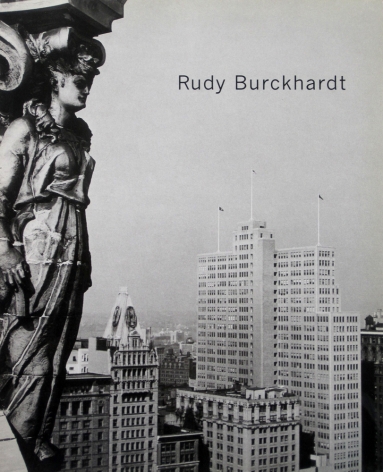