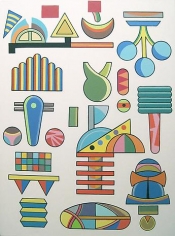 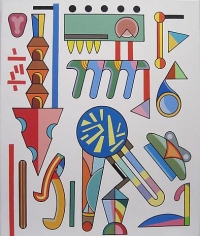 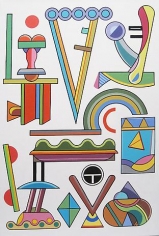 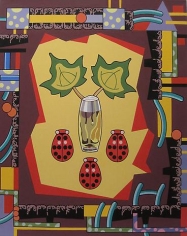 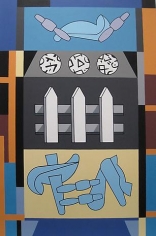 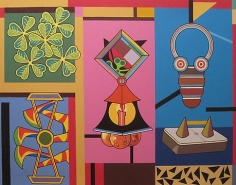 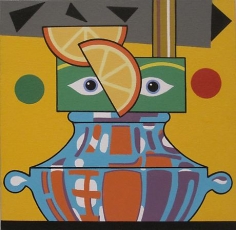 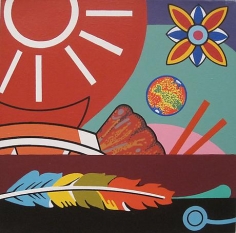 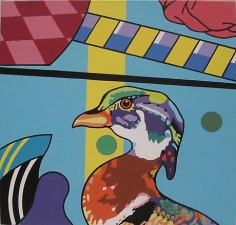 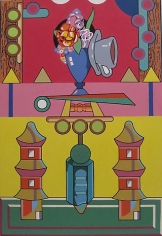 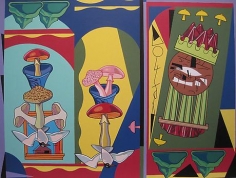 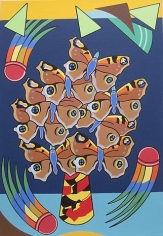 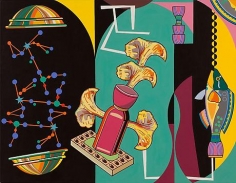 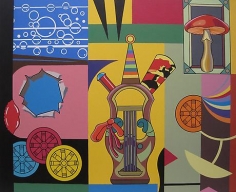 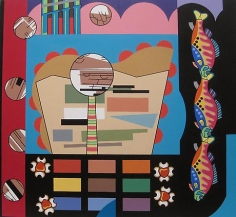 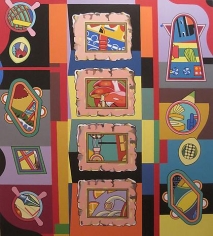 The Tibor de Nagy Gallery is pleased to present an exhibition of recent paintings by Trevor Winkfield. The exhibition is his seventh with the gallery.

The artist, who moved to New York from his native England in 1969, has developed a distinctive vision over the last several decades, employing vibrant color and flattened pictorial space. The artist combines in his paintings strikingly absurdist and unpredictable juxtapositions of disparate images, all rendered in a flat precise and graphic style. His new paintings continue to enlarge his image bank to include fish, foam, constellations, mushrooms, a turtle shell, Roman busts, and butterflies.

The exhibition will include a series of “Shrine” paintings---Chinese, Greek, and Summer. He has also painted a group of works that come close to abstraction, hard to identify objects floating on white grounds. They were inspired by a trip to Mexico City, where the artist became intrigued with Mexican Codices.

His paintings often hint at narratives, although the artist keeps the viewer guessing. The works are carefully constructed with items that are tightly choreographed and stacked in an ordered jumble, coalescing into other objects or figures. Each image is, for the most part, neatly confined in a collage-like fashion to its respective section of the painting, delineated by contrasting bright colors, black outlines and irregular horizontal and vertical shapes.

Winkfield’s work has been the subject of over 15 solo exhibitions throughout the United States. He has received numerous awards, including a Pollack-Krasner Award and a John Simon Guggenheim Memorial Foundation Fellowship. In 2002, Winkfield was awarded the Chevalier dans l’Ordre des Artes et des Letters by the French government.